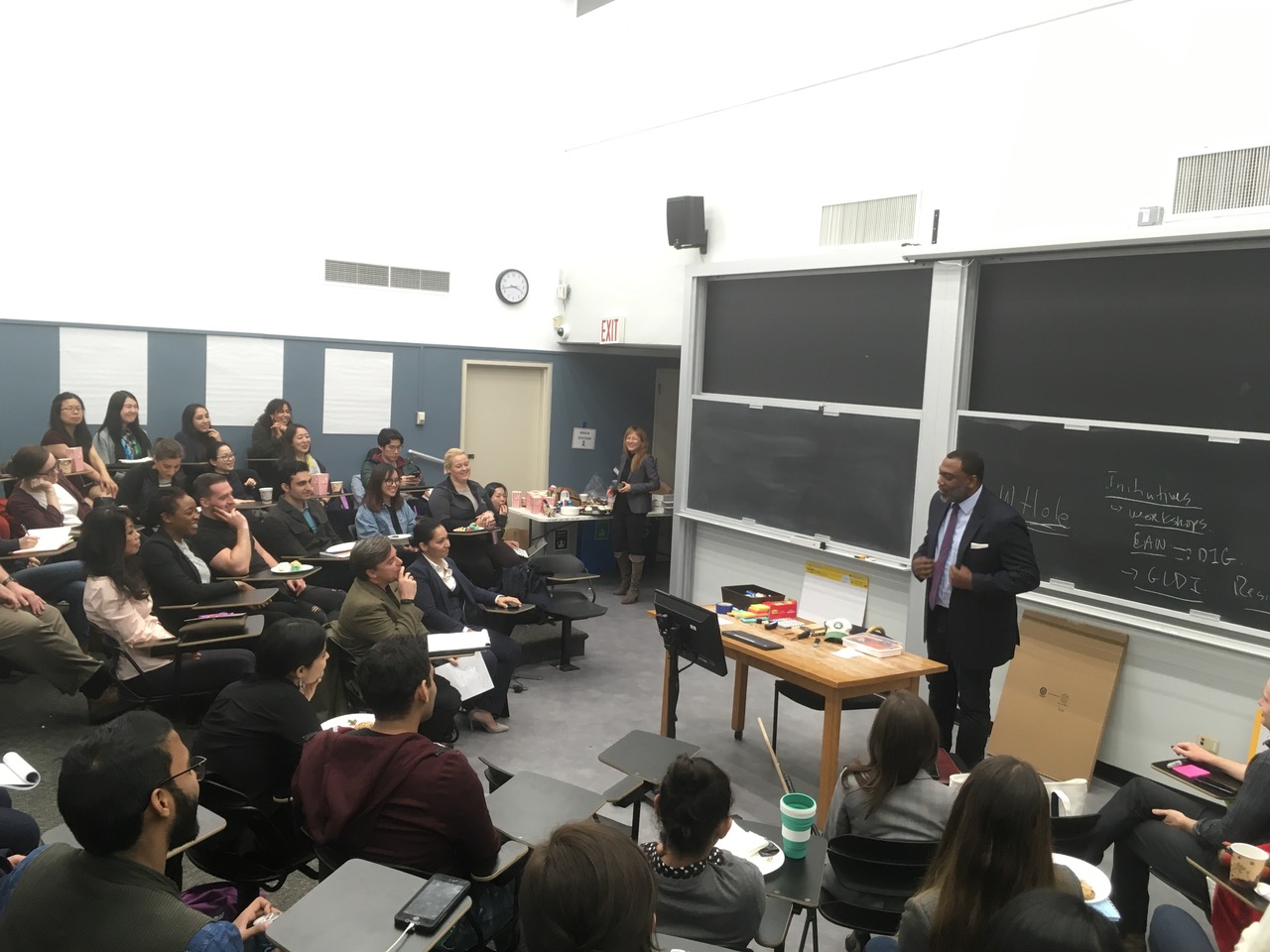 Dr. Basil Smikle Jr. is a Distinguished Lecturer and Director of the Public Policy Program and the Roosevelt House Institute for Public Policy at Hunter College. He also lectures at Columbia University’s School of International and Public Affairs and Teachers College.  With over 15 years in higher education and 25 years of a career dedicated to public service, Basil regularly shares insights on electoral politics, governance, and public policy on national media outlets such as MSNBC, CNN, and Bloomberg TV.  Basil holds a PhD in Politics and Education and an MPA from Columbia University, and received a Bachelor of Science from Cornell University.

In the midst of racial unrest and a health care crisis brought on by the pandemic, Basil has become a leading voice on criminal justice reform, improved ballot access and against voter suppression. He moderated or joined discussions with national civil rights leaders, Members of Congress and local advocates to educate the public about opportunities to mobilize around the most pressing issues of the day.  A direct result of his leadership on these issues, Basil co-teaches a class at Columbia University with New York State Attorney General Tish James entitled Rethinking Policing for the 21st Century.

From 2017-2019, Basil served as the Distinguished Lecturer of Politics and Public Policy at the City University of New York’s School of Labor and Urban Studies.  Prior to that, he was appointed by former Governor David Paterson to serve as the Executive Director of the New York State Democratic Party where he was the “second highest ranking Democrat” in the State.  Basil worked closely with elected officials and community leaders to manage electoral and fundraising strategies for the State. He recruited candidates for political office and worked closely with the Democratic National Committee to create grassroots mobilization programs and act as a Party surrogate during the 2016 cycle.  Under Basil’s leadership, Democrats flipped county legislatures, and county-wide seats – laying the foundation for returning the State Senate to full Democratic control in 2018 and flipping three Congressional seats.  He received awards from the Governor and from the New York State Comptroller for his commitment to public service and education equity.

Basil was a senior aide to Hillary Rodham Clinton on her Senate staff where he advised Senator Clinton on state-wide policy and politics. His work and collaboration had a substantial impact on the State of New York….Mrs. Clinton called Basil a “key advisor and tremendous public servant…who makes sure all voices are heard”

A life-long New Yorker and raised in the Bronx by Jamaican immigrants, he is inspired by his father, a retired textile worker, and mother, a long-time public school special education teacher.

Basil is a proud member of Alpha Phi Alpha Fraternity Inc., Prince Hall Free and Accepted Masons, and 100 Black Men of New York where he helped start the Eagle Academy in the Bronx which has grown to 6 schools in New York and New Jersey. He is also a founding Board Member of the Harlem Hebrew Academy Charter School and sits on the Board of the NYC Center for Charter Excellence.

“Basil is a much sought after consultant”

Book Basil for television commentary or written opinion pieces on politics, policy and education. He is available as a panelist, discussion moderator or keynote.